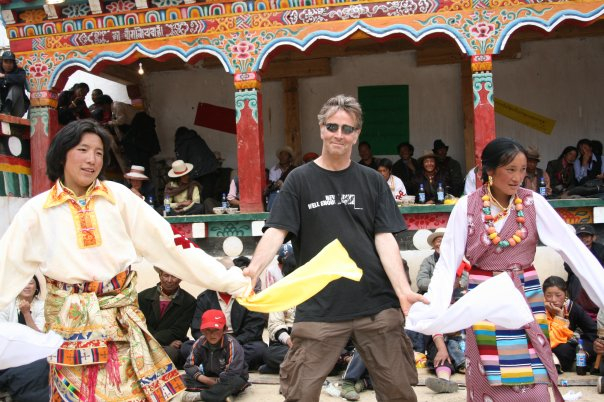 It is hard to say we lost a great friend when we feel him with us, but we will miss his gentle touch and generous presence.  With love, Olivier, we celebrate your life.
Posted by MATTHEW ROSE at 5:23 AM

i am sorry for your loss and extend my deepest sympathy.

What a wondrous and lasting legacy he leaves . . .

Beautiful elegy, Matthew. Our thoughts are with you.

All the attributes of your friend can be seen in his eyes. Very sorry to read that he left this life. Love remains, and is the glue that connects.

I am so sorry for your loss. He sounds like an inspiring person on many levels. Thank you for sharing your reflections on his friendship and your connection.

so sorry for your loss

Yes a beautiful eulogy Matthew, you have brought someone to life through your words and his spirit will continue to live on through them. Thank-you for sharing his life with us who have never known him

A moving eulogy indeed. I am saddened by your loss and ABAD's loss. Knowing the fleeting and random nature of life on earth only strengthens my desire to make the most of it every day.

I have asked for Olivier to be remembered at two services at St Martin-in-the-Fields, London: All Saints Sunday 30 Oct at 10 am and All Souls Sung Eucharist Wed 2nd Nov.
The Faure Requiem will be sung by the choir on Wed 2nd Nov with an orchestra, and will be the first webcast by St Martin's. I know the timing is challenging, and perhaps you can find a way to record it from the webcast. It will be a moving ceremony.
I will be remembering Olivier at both services, and he has been remembered in prayers by the congregation.