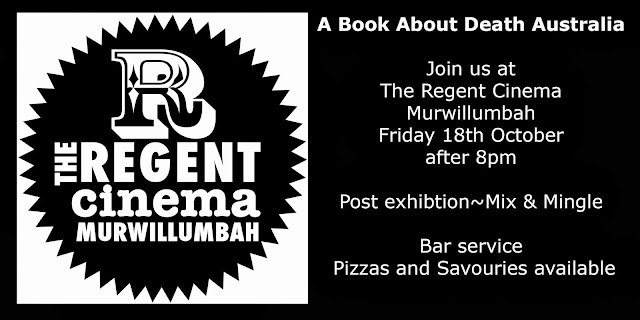 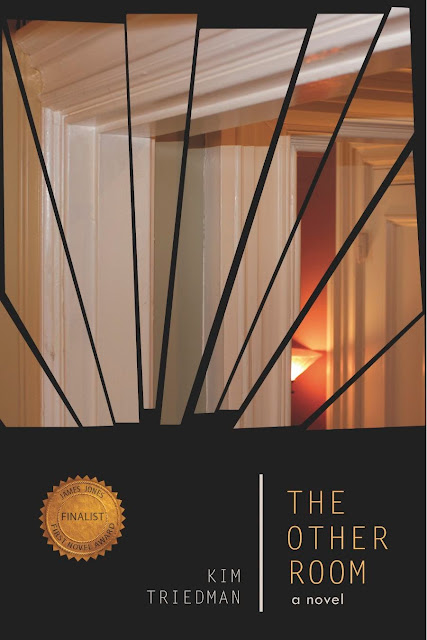 ABAD artist/poet Kim Triedman will be launching her debut novel, THE OTHER ROOM, at Porter Square Books in Cambridge, MA on Thursday October 10 at 7 pm.

Publishers Weekly says "Triedman conveys a sense of inexorable emptiness that accompanies great loss," and the the book has been called "a vsiceral sensuous read" and "the true work of a poet enriching every possibility of narrative."

You can find out more about the book and the author at www.kimtriedman.net, and other upcoming readings/events in Boston and New York can be found on her events page.

Her first official review was posted today at lifebycandlelight.com.
Posted by MATTHEW ROSE at 12:56 PM No comments: 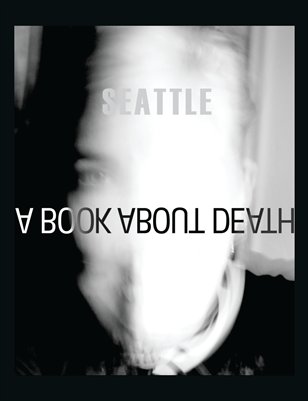 QUETZALCOATL GALLERY: A BOOK ABOUT DEATH by ALMENDRA SANDOVAL.

Buy/print the book for $57.00; purchase a digital copy for $5.00 (download); the digital copy is free with purchase of the print copy.
Posted by MATTHEW ROSE at 5:51 AM No comments: 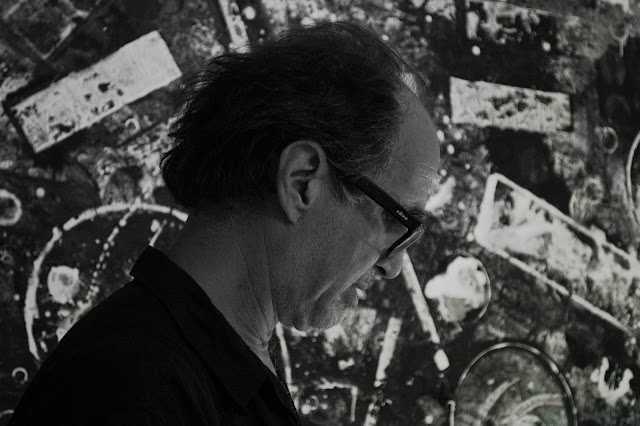 chashama is pleased to announce an exhibition of works by the late New York artist Mark Wiener (1951-2012), featuring two distinct groups of paintings representing new directions taken by Wiener in his last decade. Curated by Janusz Jaworski, the double retrospective in the Durst Organization’s lobbies at 1133 and 1155 Avenue of the Americas in Manhattan, runs through November 20th with viewing hours 8am - 7 pm, Monday through Friday.

Mark Wiener, who was remembered by Peter Frank in the Huffington Post following his death in 2012, was one of the artists who embraced A Book About Death in its initial exhibition in New York in 2009.  His ABAD piece, a collaborative work with Linda DiGusta, can be viewed here. 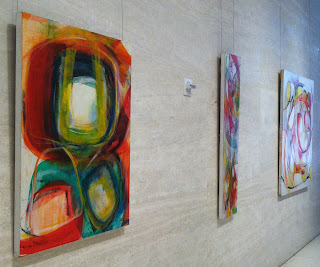 “When I met Mark in 2003, it seemed as if years of painting had built-up within him, and during his residency at TIXE they exploded onto the canvas (and the surrounding walls, and floors).  It was as if he was painting an entire volume of space, and had placed his canvases at just the right place within the room to capture the very best parts of the three-dimensional vortex of energy and color, line and field, gesture and thought that surrounded him.” -- Janusz Jaworski, curator, “Double Retrospective.”

Left: Installation view at 1133 Avenue of the Americas, NYC; photo by David Manuel.

A block away from where they were created a decade ago, several of these vividly colored works, as well as examples from the artist’s year-long chashama residency in 2004, are on view in the “Times Square and Beyond” section of chashama’s presentation of “Mark Wiener – Double Retrospective." The second part of the exhibition, “Cross Narratives 2006-2012,” features paintings created after the artist limited his palette to black and white.

Mark Wiener’s oft-stated goal was for his art to evoke positive energy, for people to engage, enjoy, and reflect. He embraced the participation of all to the point that he kept his Chelsea studio open to anyone who happened to be walking by, often initiating long discussions with strangers from all walks of life, many of whom became friends, and all of whom witnessed the crescendo of the craft and spirit of a visual alchemist who never stopped reaching for more. 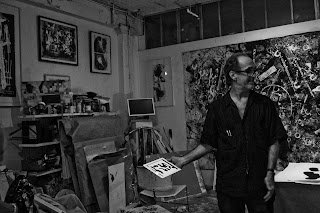 Wiener studied under Bauhaus influences at Philadelphia College of Art, where he focused on painting and photography. Inspired by visionaries Alexi Brodivitch, Frank Zachry and Alexander Lieberman, he developed an open mind toward working simultaneously in several disciplines. While his abstract paintings have appeared in solo and group exhibitions worldwide since the 1980’s, and are found in public, private and corporate collections, he embraced conventional and digital techniques and was well known as a photographer, designer and illustrator and teacher.  Photo, right: Mark Wiener in his Chelsea Studio, photo by Giandomenica Becchio.

Never seeing art as a one-dimensional pursuit, Mark was always aware of the community as a whole. His profile as a “public character” was remembered in Peter Frank’s article for the Huffington Post. In addition to images and general information, his website, http://mwienerarts.com/, maintained as he left it last year, portrays his practice and philosophy in texts and videos (at one point there was a live feed from the studio’s webcam) by and about the artist – as it developed, his online “diary” became his true statement. 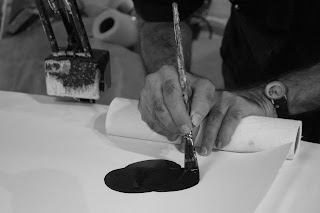 “I've been wanting to exhibit Mark's work for a while now, and finally have the opportunity with these two venues to show his work with the space and attention that suits his work well,” said curator Jaworski, who also serves as chashama’s program director. “ A part of it is a selfishness - I want to be able to go into one of the galleries and stand there and look at all the pieces.  To take my time with "old friends" I haven't seen in a while, and to dive into newer pieces to swim among the currents within them.”  Photo: left, Giandomenica Becchio.

He also explained that the larger reason for this exhibition, is “to share Mark's work with an audience that might never think of going to an art exhibit, yet is still moved by the skill, vision, and serious play that lives within each piece.  His works have a way of meeting the viewer wherever they are, and suggesting to that person that they ‘go for a walk.’  You never know where you'll end up during one of these "walks," but that's part of the fun, and part of the necessity of going on them.”

Read the press release at: http://www.chashama.org/event/MarkWiener-1155

For more information about the artist please contact: beauartsltd@gmail.com

Posted by MATTHEW ROSE at 9:17 AM No comments: