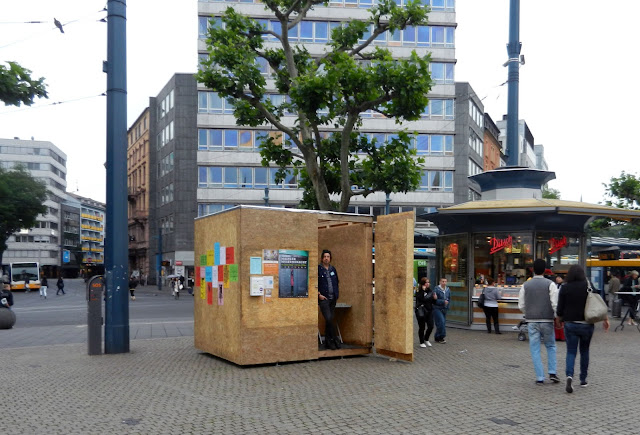 Since then he collects and exhibits them worldwide for example 2009 as artist in residency at Flux Factory New York with grants by Schloss Balmoral, Stiftung Rheinland-Pfalz für Kultur. The three month exhibition will be guided by an opening reception on June 16, 6pm in the shape of an EXCHANGE BUREAU FOR LOST&FOUND SHEETS OF PAPER, a 24h performance with members of the performing arts ensemble “Raum (0)” on July 27, a FLUX exchange project arcross the river Rhine with Ben Patterson (A Penny for your thoughts) at the cube in Mainz and Brandstifter at Ben's Pavillion, Museum Wiesbaden as well as an art zine that displays the progress of the project and lost&found art that can be submitted by E-mail through brand@brand-stiftung.net
Posted by MATTHEW ROSE at 6:43 AM