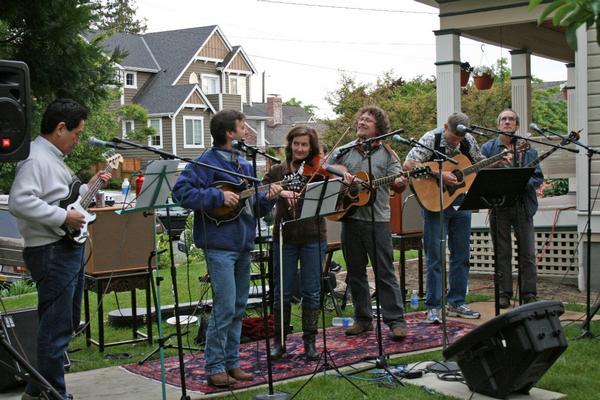 The Tangletown String Band is a collection of passionate musicians with good day jobs which they have no intention of abandoning. "We emerged from the basement practice room a couple of years ago and now have a couple of sets of tunes drawing equally from "Old Time" Music, Bluegrass, Alternative Country, and a handful of originals that could easily fall in the aforementioned genres.," says Migeon. 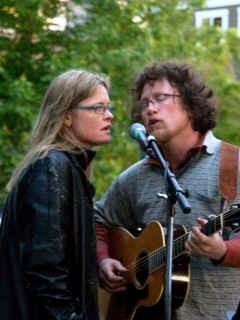 Tangletown has been seen playing at variety of Americana music events around Seattle for years.  "We have been heard to say, with pride, 'I’m with the band' or 'I have rehearsal tonight,'" says Jacques.  "Mostly however, we just love to make music with our friends and share that with whomever we can.  At full strength, the band has seven members with Jacques and George on guitar, Karen on fiddle, Peter on Mandolin, David on Bass, John on Banjo, and Mary on vocals and back-up bass.  A veritable forest of microphones can be found on stage as all of us like to sing creating very rich harmonies."

See videos, listen to their music on their website: Tangletown String Band