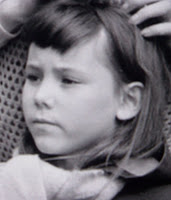 Yeah, okay, so Mister Rose had a way of convincing me to do the website. It became "The Wall," a massive design that included every artist submission to what has become A Book About Death. And, I must admit, I became rather obsessive about it, in that I not only succeeded after months, in getting nearly 1000 images onto a single page (so that the page could expand), but so it would be a big open book where all the artists were present, and their worlds connected.  It had to be something of a memorial, but also something of a living work, a window that constant changed and constantly said, open this thing up...the worlds of the artists who contributed and the content that they shared.

As I began to design the site, much like many of the artists in this project, reflecting on death and how my life has been touched by it.  Death has had a huge impact on my life – so working on this project provided yet another reason to help this unbound cause of international proportions.

A Story About Me About Death 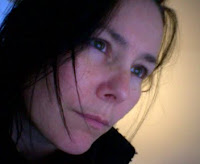 Well, death has been all around me since I was eight, like a rain cloud that followed me from bed to school.  Some have had the good fortune of living their lives along a fairly even progression, think babbling brook or Route 70.  Grandparents leave us first, the parents 20 or so years later...and ultimately we leave this cozy world, and the song goes on and on. I suspect that the majority of the world does not have that luxury. I haven't.

My mother was diagnosed with breast cancer when I was just learning to understand who she was, and over the next six years I watched her slowly die. I was 14, just starting high school. Nobody wanted to hear about a dead woman.  The year before my mother's death one of my classmates died at age 13. Russell was on the operating table for open heart surgery.  That was my first hit of reality that you could die young. A year or so later, two teenagers who worked as stock-boys for my father died; one was 16 the other 17.  The youngest died in a car accident while the other was driving; then the older boy hung himself in his parents' back yard. "Mom and Dad...I'm home."

Seems like a common enough thing to say, but when you bite into life after these events, it's never the same, never common. 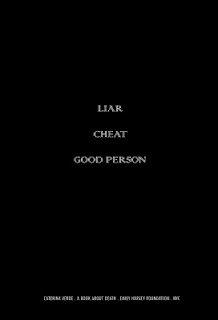 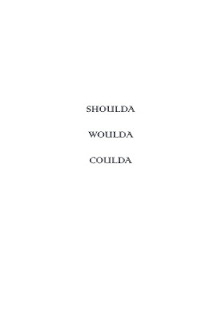 I suppose I became a bit wild then with news of yet another of my classmates shooting himself in his parent's bedroom while they were on vacation.  That must have been a happy surprise. My close friend in high school, Tim, also shot himself in his bedroom with a big shot gun.  In his suicide note, he blamed it on his girlfriend. That must have kept her right in the head. I had danced with Tim the week before and he seemed happier than he had ever been.  So much for happiness.  School friend No. 3 was run over by a car while he was in a drunken stupor. He was 16. The daughter of a friend of our family who had obtained her license only recently died when she hit a tree after leaving a party. She was beautiful and bright; her mother was almost suicidal at the loss. To round things out during this four year period of what seemed like unrelenting loss, my beloved grandfather died in Mexico.  He was 77. At least this had some kind of natural order. It wasn't a war zone but it felt like one. I've since realized that I probably could have been diagnosed with some version of PTSD [Post Traumatic Stress Disorder].  Those were times when you were just supposed to shut up, and go back to school. The result was: I didn't have a right to live. Yet, I was beginning to feel a bit like a specialist. And some years later my cousin Noah was shot and killed by a gang in a drive-by shooting in San Francisco. My uncle, Jack Greene, made a piece about Noah (his son). It's now one of the pages in A Book About Death.

My father always said he wasn't afraid to die.  But when my brother and I watched him die three years ago he didn't look exactly relaxed.  He had left some very serious unfinished business and now he understood that he was dying and there was nothing he could do to fix things.  He was too feeble. He hadn't properly anticipated his situation. He thought death wouldn't happen to him. He even said: "I'm tricky Dick and I always get out of situations."  Which brings me to my contribution to this show – "Shoulda, Woulda Coulda."  The work is a response to a lifetime of self-deception, to what we (myself included) think we can get away with, avoid and escape. In the end, one realizes there are some things you just might need to do – have to do – before you buy the farm. It's a fragile place. And I've come to realize, too, that many either just never get to the table to do these things, or never realize that it's something worth doing.  "Liar, Cheat, Good Person," the flip-side of the work, is a reflection on judgment – the judgment we make of ourselves and and the judgment we pronounce upon others.  It's all dormant (or suppressed); there appears to be no separation between the liar and the good person at times; we're both and neither. And I think this is perhaps what is scariest about our sense of superiority as humans. It's difficult when people talk about death in a sentimental way because it ain't sentimental – it's a force of life.

When I think about my overall body of art work in relationship to death, I've come to realize the core is about the slowing down of things. It's about letting things play themselves out over time. Feeling the actual tenor of an action and its repetition is a tenuous walk, and my experience with death so far has made me appreciate the fragility of our perceptions. To look twice and three times. And ask of the world: "Hey, you looking at me?"

Caterina Verde is an artist based in Easter Hampston, NY. Photo top, right: Caterina, age 8, getting groomed for her role in Le Vielle Homme et L'enfant, by Claude Berri (1966). Her web sites are: http://caterinaverde.com  http://strangepositioningsystems.org and http://tankhousepictures.com
Posted by MATTHEW ROSE at 5:16 PM

Email ThisBlogThis!Share to TwitterShare to FacebookShare to Pinterest
Labels: A Book About Death, Caterina Verde

Caterina! Your postcard piece for "A Book About Death" was very memorable. I personally watched people pick that one up at the Otis College of Art and Design installation, make appreciative comments and tuck it away to take home. Your work on the "Wall" to showcase us all is so appreciated! The whole project (can't call it complete because it's not done yet) has opened many doors and increased the work of our beloved USPS workers. xx mt

Thank you, Mara. I only just saw your comment today. It's great to hear about people's actions and reactions so thank you for giving me a view on the other side of the land and what's happening.
happy wanderings to you....caterina

I knew about some, but certainly not all the losses you experienced early on. I'm so glad you took on this powerful, yet strangely whimsical project. Personal, universal, it speaks volumes in monument to those who've gone before us.