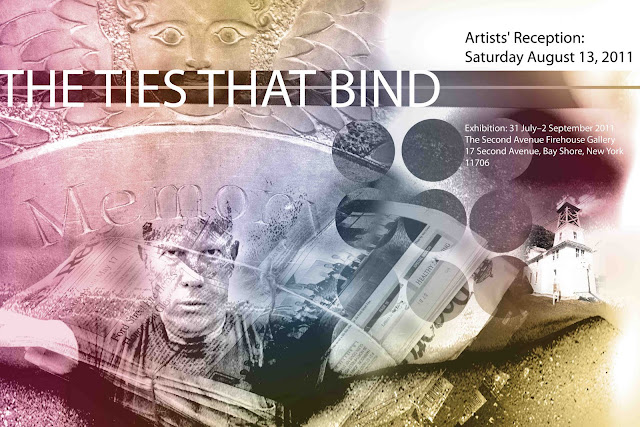 THE TIES THAT BIND, the ABAD exhibition at The Firehouse Gallery in Bayshore, New York slated to open on July 31, 2011 and will receive works right up until July 15.  Please note the deadline and all details on the site: THE TIES THAT BIND.
SEND ART TO:  ABAD 23 / LuAnn Palazzo
The Second Avenue Firehouse Gallery
17 Second Avenue, Bay Shore, New York 11706 USA 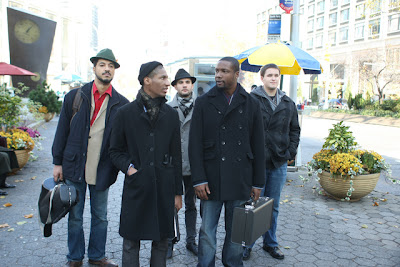 Also of note: More than $1000 was raised via Kickstarter.org to hire the New Orleans Jazz Band, The Joe Saylor Brass Band to perform and lead a New Orleans Second Line Jazz at the Artists' Reception on August 13, 7 pm.
Says curator LuAnn Palazzo: "This will be the first show to expand the movement to include live musical performance at the August 13 reception with The Joe Saylor Brass Band. Now the ABAD vanguard can claim poets, visual artists, performance artists, multi-media artists and musical artists!" The Joe Saylor Brass Band is comprised of some of the most exiting and talented young musicians on the Jazz scene today. The band members come from all parts of the world and their influences range from the beats of Africa to the horns New Orleans.  (Photo: Joe Saylor in the center).

The band came together at Harlem parades led by Jonathan Batiste, piano virtuoso from New Orleans. Leader Joe Saylor has played with many Jazz greats including Jonathan Batiste, Wynton Marsalis, Ellis Marsalis, Roy Hargrove and Ben Wolfe. Joe recently appeared on an episode of HBO’s “Treme,” along with Jon Batiste.
The band will perform New Orleans Second Line (Funeral) Jazz selections including:
Whoopin' Blues...Just A Closer Walk With Thee...Bourbon Street Parade...When The Saints Go Marching In...The Second Line...Oh, Didn't He Ramble...What A Friend We Have In Jesus...In The Sweet Bye and Bye among others.

Curator of the CW Post exhibition Ray Johnson & A Book About Death, Joan Harrison, has created a second poster  (top image) for the event that is free to download.  Please see the site here (right hand side) and click to download.
Please send this post out on Twitter, and FB and anything else you have. Even call someone on the telephone and say "Hey! Check this out."

Email ThisBlogThis!Share to TwitterShare to FacebookShare to Pinterest
Labels: A Book About Death, ABAD, LuAnn Palazzo, The Ties That Bind